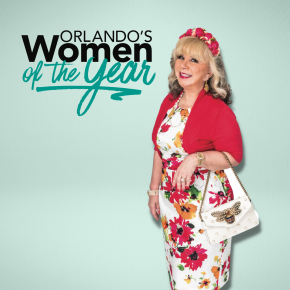 The award recognizes 23 women who are educators, mentors, counselors, physicians, fundraisers, and individuals who stand up for others. Dr. Francelis Ivette Gonzalez (more known in the community as Dr. G) falls in many of these categories.

After years of achievements, service to the community, and recognitions from organizations such as the Don Quijote Awards, Latina Style, La Prensa, El Josco, the Puerto Rican Chamber of Commerce, or the Orlando Business Journal, this award comes at a very special moment for the CEO of Kidsville Pediatrics, as she is increasing her commitment to the community this year with several initiatives.

With this recognition, Dr. G is credited for her incredible achievements and influence in the lives of others. Her impact on Orlando's community and social scene goes beyond her role in boards such as Kids Beating Cancer or as a Founding Donor of the Dr. Phillips Center for the Performing Arts.

More on The Floridant
A Puerto Rico native, she is known as a community activist, patron of the arts, advocate for kids and well-known physician and businesswoman creating numerous jobs in Central Florida through her clinics.

A warrior and a fighter, she overcame the barriers of language and being a woman in business to inspire others through her work while impacting lives on a daily basis. This award marks not only a life of achievements but the beginning of many projects which will soon be disclosed throughout 2021.

Filed Under: Non-profit, Women
0 Comments
Latest on The Floridant