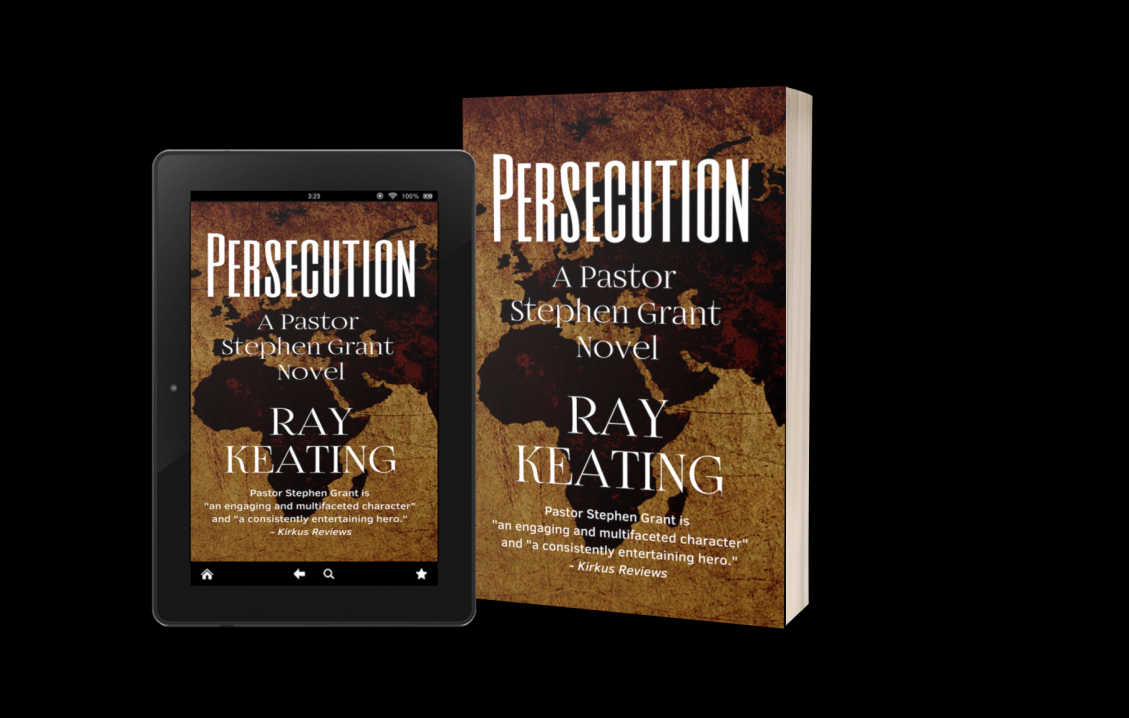 16th Installment in the Thriller Series Featuring a Pastor Who was a CIA Operative
DAVENPORT, Fla. - Floridant -- Persecution: A Pastor Stephen Grant Novel is the latest page-turner from Ray Keating. This is his seventeenth work of fiction, and the 16th book in the Pastor Stephen Grant series.

While the charge of "persecution" gets tossed about rather casually, Pastor Stephen Grant and some of his closest friends and associates get a close-up, bloody view of what it truly means to be a modern-day martyr. From the White House to the Vatican, and from Russia to the Middle East, the action is unrelenting and the suspense is palpable. Can Grant and his former CIA colleagues act in time to save innocent lives?

Ray Keating says, "I think Persecution might be the most action-packed of any of the Pastor Stephen Grant books so far. Plus, it deals with the grave matter of modern-day persecution and martyrdom."

More on The Floridant
In an article titled "If James Bond Became a Pastor" covering Ray Keating's Pastor Stephen Grant thrillers/mysteries series, author and columnist Gene Veith noted, "Mr. Keating knows how to tell an exciting story. And these books, like the James Bond novels, are ridiculously entertaining."

Paperbacks and the Kindle edition of Persecution are available at Amazon.com, and signed books at www.RayKeatingOnline.com.

Review copies, and author interviews and appearances are available upon request.