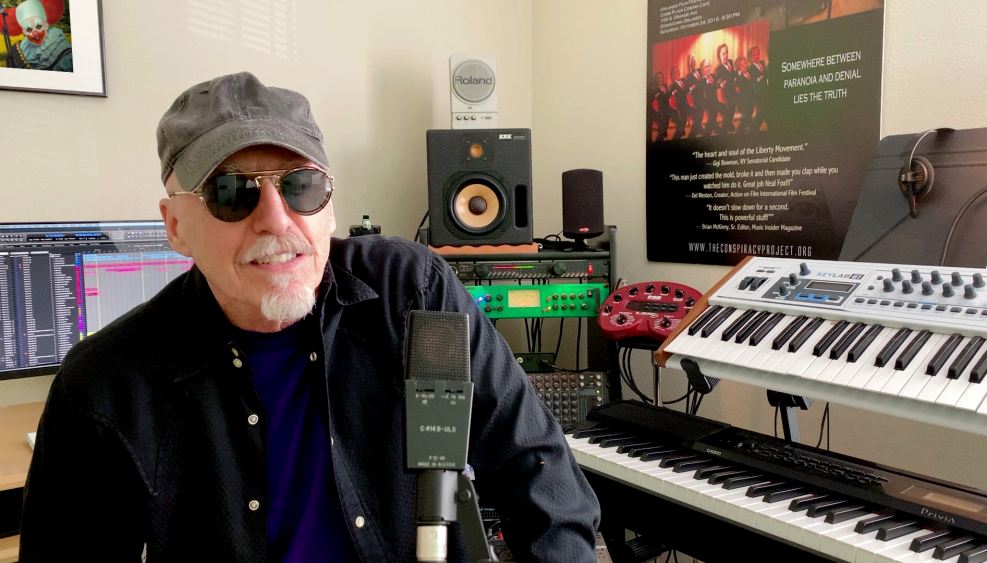 "That could never happen here," is common thinking—until it does. This is a lesson from those who are fighting for their lives. An uplifting song, as beautiful as it is positive.
SAFETY HARBOR, Fla. - Floridant -- This is the first single since Neal Fox's pandemic-based album, UNHINGED—which Christian Toto calls, "the protest album we need more than ever." Since his specialty is writing about social issues, the lockdowns and horrific starvation in Shanghai stoke his imagination. The sounds and pictures from Voices of April, become: A Message from Shanghai. Available on digital platforms, June 10.

Bringing the sound of China into the track by incorporating the Yangqin (an instrument which sounds like a cross between a piano and harpsichord) adds to its emotional impact. It reflects the culture of the people, making it more personal.

Fox says, "Americans are often complacent, taking their freedom for granted. What's happening in other countries should be a wake-up call. I wanted to write something motivating—but not preachy. I think I've achieved that." The song makes you feel encouraged, united, and strong."

The premiere of the lyric video for, "A Message From Shanghai," is Sunday, June 12, at 8:00 PM EST. Fox will be available to chat and answer questions, and no doubt, share some of his twisted humor. [He is the creator of the music video about those fun folks at the Federal Reserve: "F**k the Fed!"] For notifications about the premiere, click the Set Reminder button.

Although he is the recipient of many awards for his music videos and indie films (The Conspiracy Project), online he runs into trouble. He is shadow-banned, prevented from advertising due to "sensitive" subjects or images (which come directly from the news), and often languishes in Facebook jail. But he never stops. In fact the censorship just gives him something else to write about.

More on The Floridant
With a long history in the music business he has been signed to three major labels (Polydor, RCA and Columbia Records), composed and produced music for commercials, films, and TV themes, and self-releases his own CDs.

Not familiar with his music? Listen to Unhinged