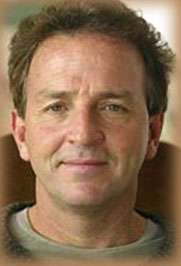 Veteran musician Jonathan Panks and popular up and comer Paul Anthony II blend their unique musical styles and talents with a powerfully insightful collaboration of the music video; In America 2020.
WEST PALM BEACH, Fla. - Floridant -- In these times of division and cultural unrest, these two musicians would seem to be quite the unlikely source for such an inspirational and straightforward musical message which is certain to become an anthem for current events in 2020 and will continue to inspire far into the future.

Singer/Songwriter Jonathan Panks has been in the music industry for over 35 years. He is well known for his iconic contemporary music that often addresses difficult subject matters such as environmental, humanitarian, and human rights issues.

Paul Anthony II can be described as South Florida Musical royalty. Paul is the lead singer for the Reggae Souljahs based out of Miami. He draws his musical talent from his Jamaican born father by blending an authentic Reggae sound with various Contemporary music styles including Hip-Hop, Dancehall, and Pop.

"Like many today, I am deeply disturbed by the current events related to police brutality and the increasing racial divide" stated Jonathan Panks. He added, "I felt like I had to do something and use my talents and resources to address these dire times". "The first person I thought of to team up with was one of my personal favorite artists, Paul Anthony II."

More on The Floridant
Paul jumped at the chance which resulted in one of the most unique and poignant musical collaborations today.

Paul Anthony II added "Being both Black and White in America (biracial), I have experienced the ugliness of racism and prejudice that is embedded in our society firsthand. I've made it my mission to use my voice and talents to fight against injustice whenever possible. When Jonathan sent me this song, his lyrics and melodies instantly inspired me to write one of my favorite verses I've done to date. This project was 100% organic, and a truly powerful message this country needs right now!"

More on The Floridant
Jonathan Panks has performed all over the US and abroad and has opened for musical greats from Roberta Flack to Willie Nelson. His guitar style and husky vocals create a unique musical background that can fill any room with smiles. He currently is the Owner of a Music and Entertainment Agency in South Florida called Entertainment Source.

About Paul Anthony II:
Paul Anthony II has been honing his craft as a recording artist, songwriter, and performer since age 12. Paul has become well known for his passionate performances across South FL. His band Reggae Souljahs has opened for The Wailers and Third World among other well-known Reggae acts.