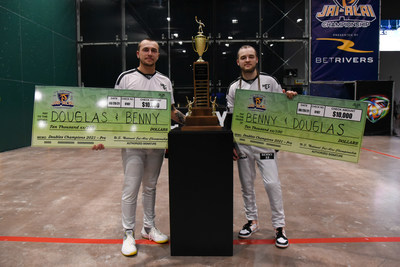 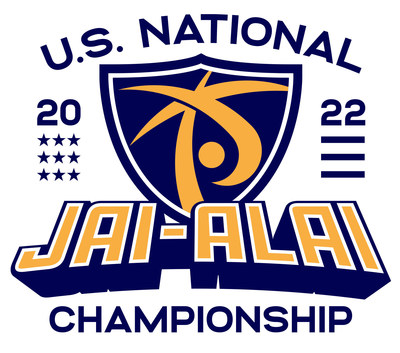 MIAMI, Aug. 9, 2022 /PRNewswire/ -- The third annual United States National Jai-Alai Championship will take place Aug. 19 to 21, in an action-packed three-day tournament from the fronton at Magic City Jai-Alai, the premier destination for professional jai-alai in the United States.The event brings together more than 60 jai-alai players from around the U.S. to compete in Singles and Doubles matches with more than $25,000 in prize money at stake. The live action from Magic City's state-of-the-art glass-walled court will stream on www.watchjaialai.com.

"This is one of my favorite events of the year, to see participants from all over the country compete in this high-stakes championship," said Scott Savin, Chief Operating Officer at Magic City Jai-Alai. "I'm especially excited to see the thrilling matchup against defending doubles team champions known courtside as Douglas and Benny and opposing doubles brother team, Goixerri and Aratz. Both sets of brothers are residents on the Magic City roster and will showcase among the best playing in the world," said Savin.

More on The Floridant
The championship will kick off on Friday, Aug. 19 with amateur participants in the Masters division. Saturday, Aug. 20 will be dedicated to the Professionals division, and the competition culminates for both categories on Sunday, Aug. 21 with final matches. Games begin at 10 a.m. on Friday, 11 a.m. on Saturday and noon on Sunday. Admission is free. The fronton at Magic City Jai-Alai is located at 450 N.W. 37 Avenue in Miami.

The tournament is sponsored by BetRivers. The BetRivers Sportsbook & Casino service is operated by Rush Street Interactive PA (RSI PA), an affiliate of a U.S.-based casino group, Rush Street Gaming, that owns and operates several leading land-based casinos in the northeast.

The sport of jai-alai continues to reach new levels of prominence as the game reaches an audience of more than 200 million households in the U.S. through a series of content distribution and rights agreements, including new streaming of Magic City Battle Court games on ESPN3 beginning Sept. 23.

More on The Floridant
The United States National Jai-Alai Championship

The United States National Jai-Alai Championship brings together U.S. bred jai-alai athletes from around the country to the Magic City Jai-Alai fronton to test their skills over a three-day competition. Magic City Casino is located at 450 N.W. 37 Avenue in Miami, Fla. For more information, visit www.usnjac.com, www.watchjaialai.com or www.jaialai.live.