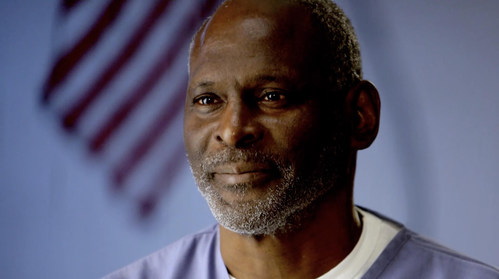 Prosecutors hid evidence of his innocence, but a Florida man is still denied chance for new trial

WASHINGTON, Sept. 23, 2022 /PRNewswire/ -- The family of Crowell & Moring pro bono client Crosley Green was grief-stricken today as they learned that the U.S. Court of Appeals for the 11th Circuit has denied Green's request for a rehearing. However, Green, a man of strong faith, remains confident that eventually, justice will be done and he will be exonerated.

After serving 32 years in prison while maintaining his innocence in the 1989 shooting death of Charles "Chip" Flynn Jr, Green was released on house arrest in April 2021 while his case was pending appeal of a favorable district court decision finding that Green's constitutional rights were violated because the prosecution withheld exculpatory evidence that the first police responders suspected that another perpetrator committed the crime. Now, he may have to return to prison.

"Today is surely one of the hardest days of Crosley Green's life, and though his faith keeps him strong, it is a terrible day for the American system of justice," said Keith J. Harrison, a partner at Crowell, which has fought for Green's release pro bono for the past 14 years.

Green and his lawyers will host an in-person press conference on Monday, Sept. 26., in Titusville, Fla. Members of the media, please RSVP via [email protected]. Please advise special requests in advance.

Members of the public are invited to watch on Facebook Live:
https://www.facebook.com/crosleygreen/

Petition to Supreme Court
The Crowell team will petition the U.S. Supreme Court for writ of certiorari, asking the high court to consider the potential national implications of Green's case, which goes to the heart of how prosecutors must handle evidence in criminal cases. They will also ask the Middle District of Florida to keep Green free as they petition his case to the Supreme Court.

Green served 32 years for the murder, including 19 years on Florida's death row, even though no physical evidence tied him to the crime. In a 2018 landmark ruling, U.S. District Court Judge Roy B. Dalton found that Green's constitutional rights were violated when Brevard County, Fla., prosecutors withheld key exculpatory evidence of Green's innocence at his original trial. The court declared Green's conviction "unconstitutional" and ordered the state of Florida to set him free or grant him a new trial.

On April 7, 2021, Green was released on house arrest while his case was pending appeal. Since then, he has held a full-time job and spent time with his large extended family, including grandchildren he met for the first time upon his release.

In March 2022, a three-judge panel of the 11th Circuit Court of Appeals reversed Green's victory, ruling in part that evidence of the prosecutor's misconduct was not introduced properly by prior counsel. Crowell lawyers petitioned for a re-hearing en banc—asking the same three-judge panel or the full 11-judge panel of the 11th Circuit to reconsider the decision. The Lawyers' Committee for Civil Rights Under Law filed an amicus brief in support of Green, arguing that there are strong indications that this case was a racial hoax.

More on The Floridant
The 11th Circuit denied Green's petition for re-hearing on September 22, 2022.

"Mr. Green was denied justice on procedural grounds, not basis of the evidence. This is a case of actual innocence that could have a ripple effect throughout the Deep South and indeed the nation. The decision in Mr. Green's case encourages state prosecutors to violate constitutional rights in order to achieve a conviction and makes it difficult if not impossible for federal courts to grant justice," Harrison said.

"The 11th Circuit decision reinstates a clearly unconstitutional conviction and departs from long-standing requirements of prosecutors' duties to disclose favorable evidence under the Brady line of cases. What happened to Mr. Green was a constitutional violation of exceptional importance. The 11th Circuit panel got it wrong, and we will be petitioning the Supreme Court to reverse," Harrison said.

A Supreme Court decision to grant certiorari to Green would allow the high court to re-affirm that prosecutors may not hide evidence directly pointing to a defendant's innocence, and therefore impact how prosecutors handle evidence of all crimes in the future.

About Crowell & Moring LLP
Crowell & Moring LLP is an international law firm with offices in the United States, Europe, MENA, and Asia that represents clients in litigation and arbitration, regulatory and policy, and transactional and corporate matters. The firm is internationally recognized for its representation of Fortune 500 companies in high-stakes litigation and government-facing matters, as well as its ongoing commitment to pro bono service and diversity, equity, and inclusion.