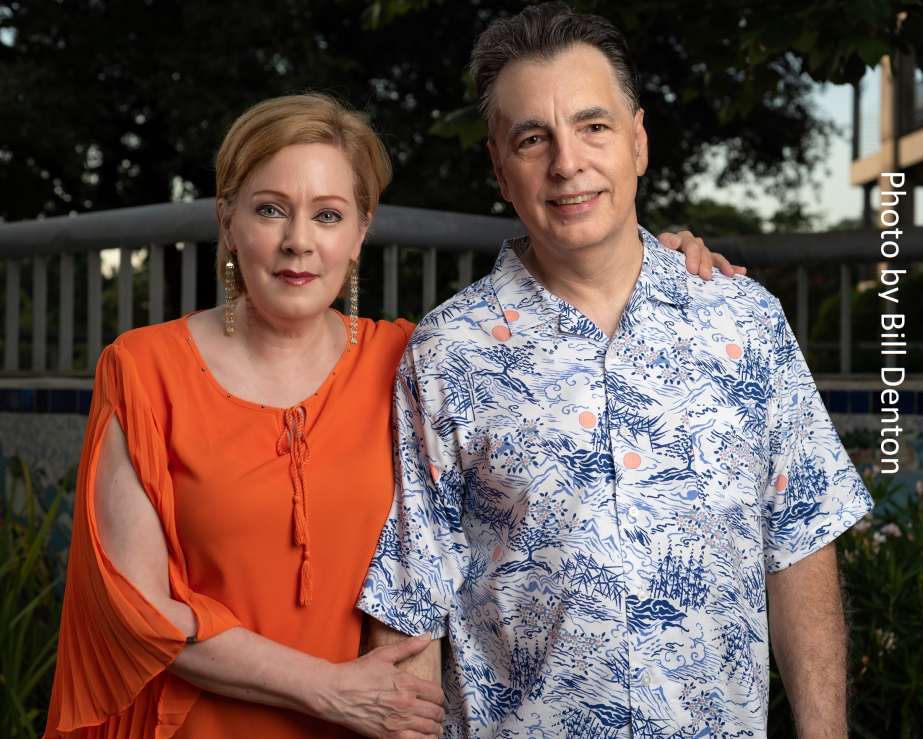 Christian Musicians Create Suicide Prevention Song, "God's Not Through With You"
GULFPORT, Miss. - Floridant -- The suicide rates are staggering in the United States with 128 people a day losing their lives to suicide. Among our youth ages 10-24, suicide is the second leading cause of death. With the month of September being National Suicide Prevention Month, Christian musicians, Harold and Paula Vega Vondenstein, of Bible Belt Blues are launching a Suicide Prevention Campaign entitled, "Share a Song! Save a Life."

After having experienced the devastating loss of immediate family members to suicide, the Vondensteins were challenged to create a song that would make a difference in the lives of those who are seriously depressed and contemplating suicide. They both agreed that the song needed to be empathetic, compassionate, encouraging, and ultimately lead them to Jesus. They started with the question: "What would you say to someone who is on the edge and contemplating suicide?" The answer to that question became the title to their song: "God's Not Through With You" from Bible Belt Blues' first album, "I'm Not Ashamed to Be a Christian" which was released on January 5, 2019.

More on The Floridant
The Vondensteins are asking the public to join them in their "Share a Song! Save a Life!" Suicide Prevention Campaign by sharing their Bible Belt Blues song, "God's Not Through With You" through social media platforms and in private emails to those who are hurting. Paula and Harold both believe that something as simple as sharing a song could ultimately save the life of someone who is suicidal. Paula is quick to add, "When you don't know what to say, let the song do the encouraging and ultimately lead them to Christ. Sharing a song is so simple and is something that all of us can do to make a difference."

Bible Belt Blues is also encouraging Christian radio stations to join them in their "Share a Song! Save a Life" Suicide Prevention Campaign by adding their song, "God's Not Through With You" to their daily rotation. Radio stations can download the song in radio ready format directly from their website: www.BibleBeltBlues.org.  A video version of their song in a sharing format can be accessed directly from the website and can be shared through most social media platforms and through private emails.